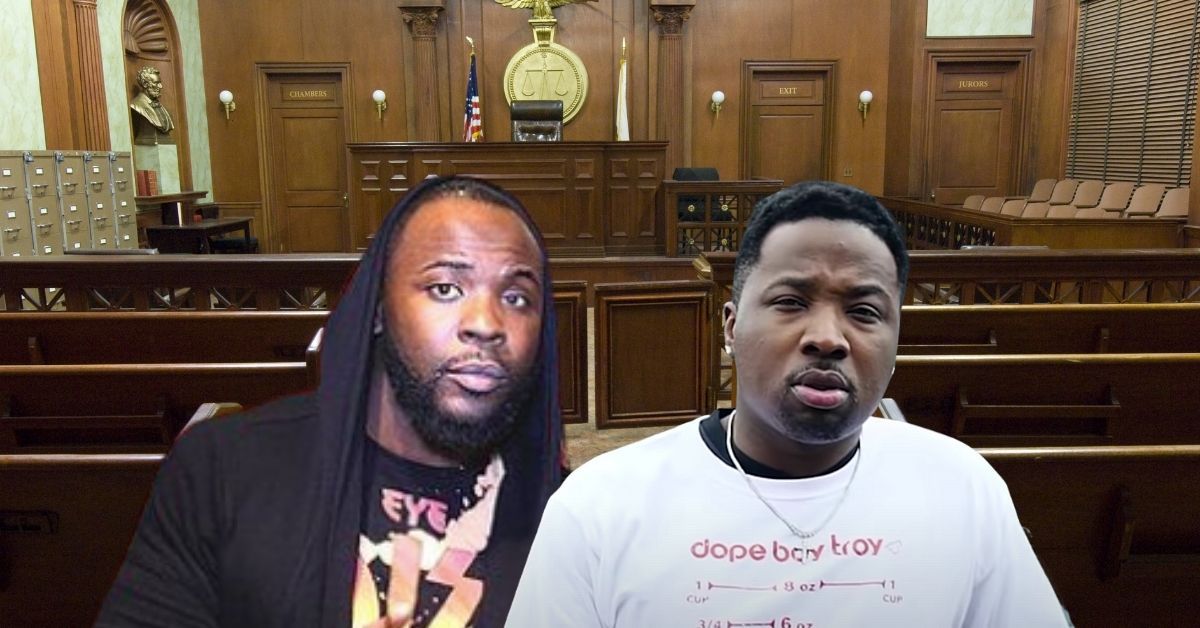 Former podcaster Taxstone will finally stand trial for allegedly murdering a man during a fight inside of Irving Plaza in New York in May of 2016.

Tax was supposed to stand trial for murder last year, but the case was pushed back multiple times, due to the havoc the coronavirus has wreaked on the judicial system.

Their beef reached its height when they ran across each other backstage on May 25, 2016, before a performance that was supposed to be headlined by Atlanta rapper T.I.

Taxstone and Troy Ave began to brawl, while rappers like Maino, Uncle Murda, and Casanova stood nearby.

A weapon was drawn and the two men fought over the gun.

Troy Ave was shot in the leg, and three other people were wounded after being struck by gunfire. Troy Ave’s bodyguard Ronald “Banga” McPhatter was shot and killed.

Shocking surveillance footage caught Taxstone fleeing from the green room area, as Troy Ave fired off shots inside of the crowded venue as bystanders stood by in terror.

Although the murder weapon was recovered from a van Troy Ave was driving, forensic investigators were able to connect the purchase of the gun to Taxstone.

The Feds said Taxstone received the Keltec 9mm semiautomatic handgun from outside the State of New York between October 2015 and May 25, 2016.

A prior felony conviction made it a federal crime for Taxstone to possess firearms.

“As he has now admitted, Daryl Campbell illegally carried a semiautomatic handgun into the Irving Plaza music venue. That night Ronald McPhatter was shot and killed there, and three others were wounded,” said U.S. Attorney Joon H. Kim.

Taxstone has already pleaded guilty to receiving a firearm in interstate commerce with the intent to commit another felony and possessing a firearm after having previously been convicted of a felony.

In July of 2017, Taxstone was also indicted by the State of New York for the murder of Ronald “Banga” McPhatter. He has pleaded not guilty.

Troy was almost killed again in Brooklyn in December of 2016.

The rapper was shot twice when a gunman approached his red Maserati and opened fire while he and his girlfriend were inside the vehicle.

According to Troy Ave himself, he is planning to take the stand to testify against Taxstone, who has been locked up without bail since 2017.

Troy Ave, who is also charged with attempted murder and criminal weapons possession charges. He is currently free on $500,000 bail.

Troy, born Roland Collins, has been very vocal about the case after he was released from jail. On his song “2 Legit 2 Quit,” Troy revealed he may testify against Taxstone during the upcoming trial.

Taxstone was a popular podcaster before his legal troubles.

His podcast “Tax Season,” was widely regarded and fans flocked to listen to his abrasive, no-nonsense interview style.