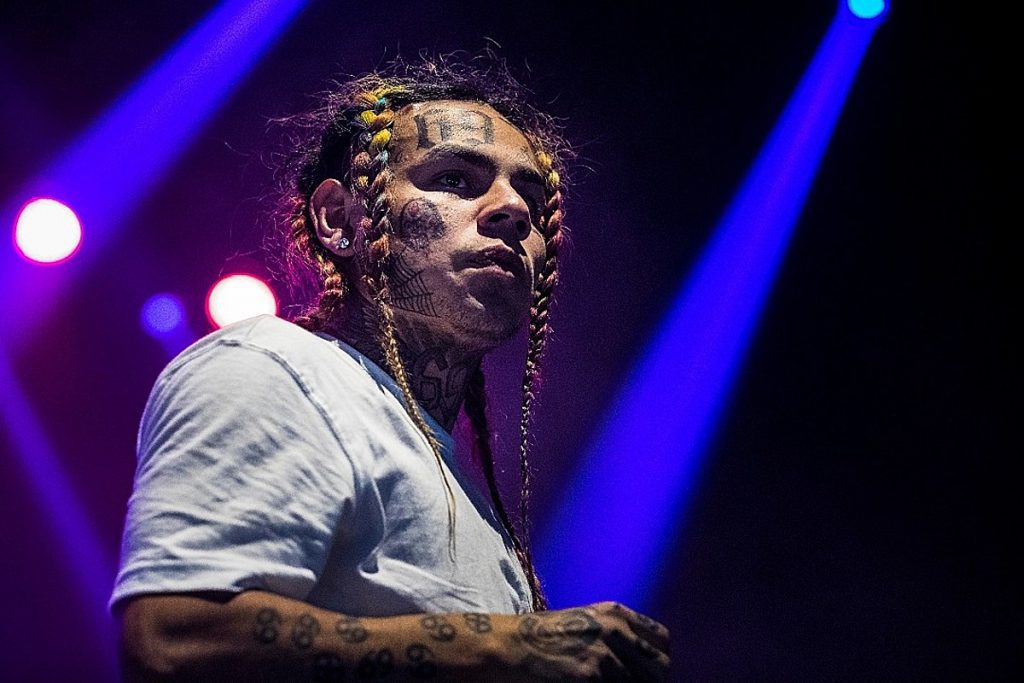 6ix9ine shows his support for George Floyd and the Black community by pulling back on releasing new music.

On Wednesday (June 3), Tekashi 6ix9ine announced he would be postponing his forthcoming single to stand with those protesting for justice after George Floyd was killed while in police cutsody on May 25.

In an Instagram post, the 24-year-old rapper wrote, "Music video will be pushed back again to June 12. Out of respect for what we are going through right now."

His video, which was initially scheduled to make its grand debut on May 22 at 3 p.m. EST, has been postponed twice. The title of the forthcoming single has yet to be announced.

According to the Power 105.1 radio jock Honey German, the new track will include a feature from Nicki Minaj. "I'm hearing that @6ix9ine has a new track with @NICKIMINAJ coming out soon – Let us wait," she posted via Twitter last month. If the track goes as planned and contains a verse from Nicki, this will be the second collaboration for the two New York rhymers. The pair originally gave fans their Billboard Hot 100 No. 3-charting track "Fefe" in 2018.

This upcoming track follows his latest single, "Gooba," which was 6ix9ine's first release after returning to the music scene following his early release from prison into home confinement back in April. The track has been highly successful for the Brooklyn native. The single's video broke a YouTube record, which was previously held by Eminem's "Kill Shot" video, for the most views in a 24-hour period for a hip-hop music video with 38.9 million views. He beat Em's 38.1 million by 800,000 views.