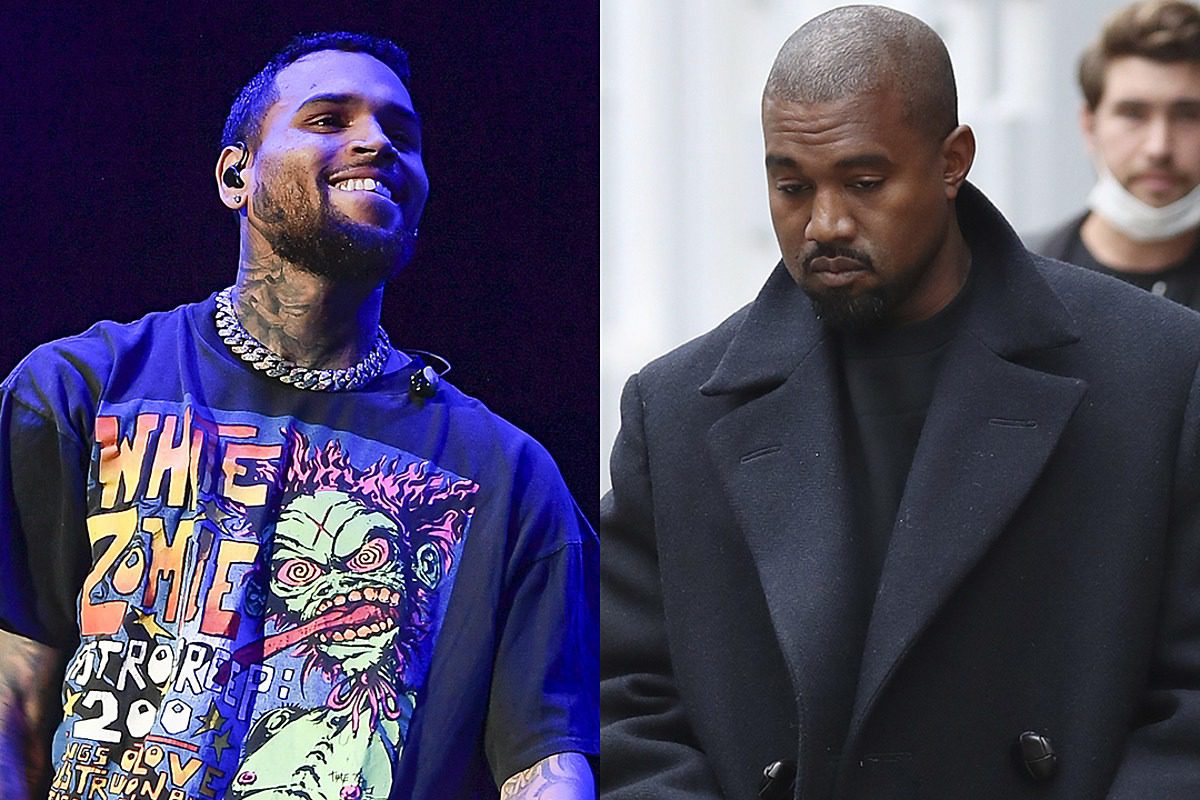 Kanye West recently debuted a new look, but Chris Brown isn't feeling it and didn't hold back from sharing his thoughts on it.

On Tuesday (Oct. 19), C. Breezy uploaded a post to his Instagram Story, which featured the images of Ye that have been floating around online of the rapper with what appears to be the "¥" symbol, which represents Chinese yen currency, cut into his hair. The R&B singer wrote on the photos, "He asked the barbour for the fucked up worldwide fade. Nigga wanna make 'what the fuck' in style. He got the punishment haircut."

In a follow-up post, Chris Brown shared an image of a Los Angeles Dodgers fitted cap with holes cut into it that had a caption, which said, "Virgil made this for Ye cut. The 'duck' edition."

In the last upload, the Slime & B artist posted wooden log emojis and typed, "Bro give me the wood chipper bowl fade."

Apparently, Yeezy was first seen with the new cut at a McDonalds location in Sweden. The rapper-turn-fashion maven was spotted waiting on line to enter his order at a self-checkout kiosk.

Chris Brown taking jibes at Kanye West isn't exactly a far-fetched action seeing how Breezy called Ye out last month for removing him from the Donda album. Chris was initially supposed to appear on "Never Again," but his vocals were replaced by Kanye's Sunday Service Choir.

The news of Kanye's haircut surfaced online the same day that he received approval from a judge to change his name from Kanye Omari West to just Ye.

Yeezy filed paperwork for the name change back in August.