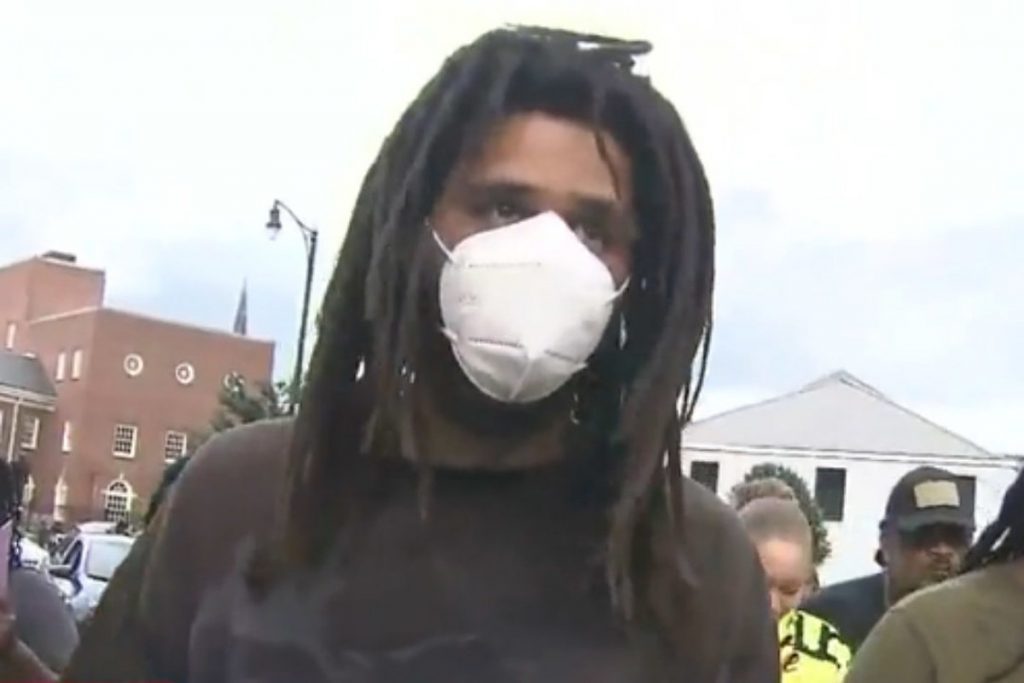 J. Cole is a man of the people.

On Saturday (May 30), the North Carolina native joined demonstrators in his hometown of Fayetteville, N.C. to protest police violence, in the wake of the death of George Floyd in Minneapolis, Minn. on May 25. Cole, along with fellow Fayetteville native and NBA player Dennis Smith, were spotted among the people. Cole reportedly declined to take pictures and do interviews as to not distract from the moment. However, his presence was definitely felt.

"J. Cole has joined the protest in downtown Fayetteville, NC. So remember all the rappers who were out here donating and supporting when its time to buy albums," one person noted on Twitter after seeing him in attendance.

"THIS is why J Cole will always be my favourite artist. He has always been so vocal about systematic oppression and racism and he’s now at the protests today. KING," another person posted.

This isn't the first time Cole has marched for a major cause. Back in 2014, he marched with protesters in New York City over the killing of Eric Garner. The following year, he was spotted at the Justice or Else Rally in Washington D.C. put on by The Honorable Minister Louis Farrakhan to commemorate the 20th anniversary of the Million Man March.

Other hip-hip artists have come out to support the cause at different rallies across the country including Lil Yachty, Lil Tjay, Machine Gun Kelly and more. Nick Cannon touched down in Minneapolis, Minn., the sight of Floyd's killing, to stand and protest with the people.

Check out photos of J. Cole mobbing with the people in his hometown below.