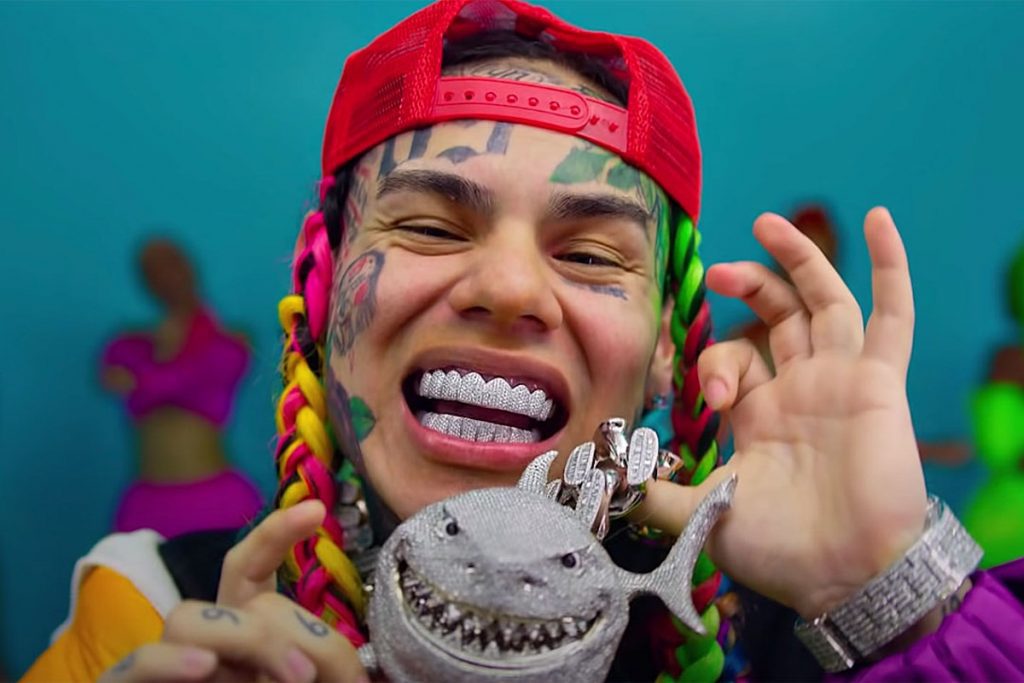 A rep for 6ix9ine released a statement to XXL on Monday (June 8) denying claims that producer Magix Enga was given $900 after the rapper's "Gooba" music video was removed from YouTube due to copyright claims. "We investigated this claim and found that it was fraudulent," the statement reads. "No monetary settlement was offered by anyone in our camp."

6ix9ine faced a bit of difficulty with his "Gooba" video and now additional details are unfolding regarding the record.

Last month, the Brooklyn native's first single since his early release from prison due to coronavirus concerns was removed from YouTube following a copyright claim made by producer Magix Enga. The Kenyan beatmaker says he accepted $900 from Tekashi's team to get the track back on YouTube, but after having second thoughts, Magix has refunded the money because he wants his credit for song.

During a recent interview with Rap TV, the producer explained that he didn't know 6ix9ine used his beat on the intro for "Gooba" until he received calls about it. After he had the visual taken down, Magix reportedly received a call from 6ix9ine's team.

"Some guys called me and they were like, 'You took the song down and we want to pay you and you put the song back as quick as possible ’cause he's Tekashi,'" Magix Enga said. "And I was like, 'OK. So, how much do you offer?' And the guys, they say they want to offer 100 Gs, which is $100,000 Kenyan money. And I was like…I was 50/50 about that, but I decided to forgive the guy and take the money, but the next day I was like, hm…I need the credit. So, yesterday, I refunded the money." One hundred thousand Kenyan shilling amounts to $940 USD.

The producer said that his next course of action is to have the video removed again, which is a plan that he already has in motion. Magix added that he hasn't signed a contract, nor is there any documentation that will prohibit him from the removal.

"You know, they just took my sound and they used it the whole intro their video and without paying, not even a penny," he says during the conversation.

Magix Enga went on to say that he needs to be compensated for the entire intro on "Gooba."

On May 31, Magix uploaded a post to social media claiming that Tekashi sampled his beat without permission. "Don’t sample my Beats Biggest song Delete By Magix Enga ✌️," he wrote in a caption alongside an image of Tekashi.

Hours after the song's removal, 6ix9ine hopped on Instagram boastfully stating that the video, which surpassed Eminem's "Kill Shot" for the most views for a hip-hop video in 24 hours with 38.9 million, was back up on YouTube.

XXL has reached out to a rep for 6ix9ine for a comment.

Watch Magix Enga discuss 6ix9ine's "Gooba" record around the 2:30-minute mark in the video below.