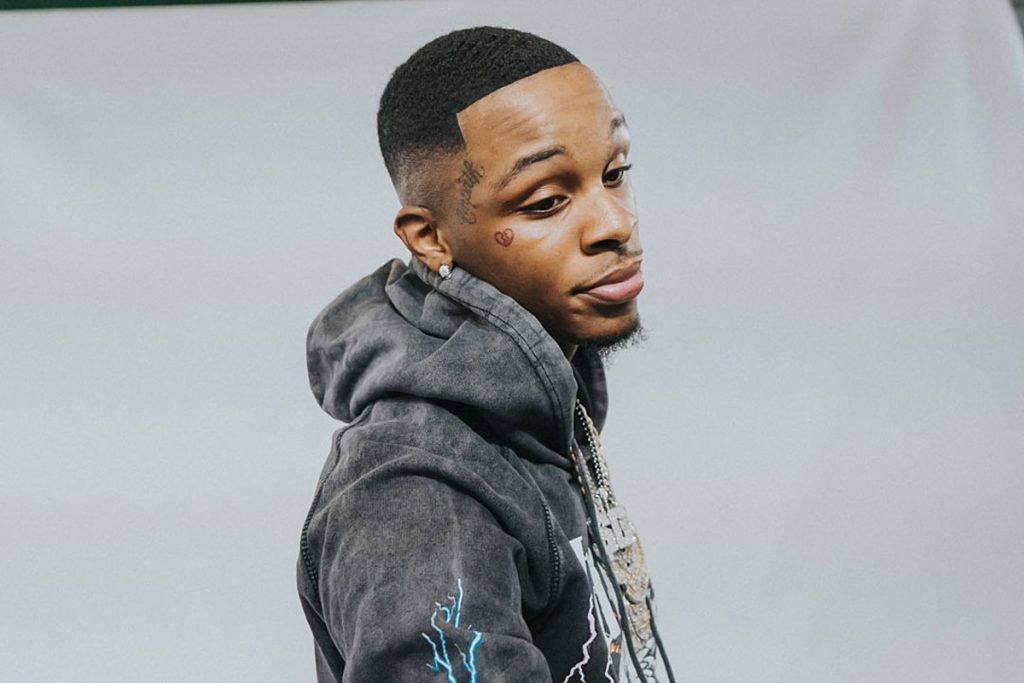 Sometimes the music is just in an artist's blood. With both a father and brother that made music, 20-year-old Syracuse, N.Y.-born, North Carolina-living rapper Toosii decided to jump into the craft when he was 13, in 2013. Rap was his way of dealing with the stresses and struggles of his youth. Three years later, he remained committed to his craft and hit the studio when he was 16 years old.

At this point in his life, Toosii was playing high school football while making music and figuring out what he wanted to focus on. The decision became clear in 2019, when he dropped the song "Red Lights," a soaring, melodic track about being cautious while riding around late at night. The track became one of his biggest songs yet, with more than 7 million YouTube videos to date and nearly 2 million streams on Spotify.

Along with that momentum, he signed to South Coast Music Group that year, the same record label DaBaby is signed to. He enters the game with a sing-song delivery, delivering melodic tracks centered on personal storytelling odes ("My best friends killed my grandaddy/I had a hard time crying," he raps on "Red Lights") and the ups and downs of love ("Down to Ride," "Love Cycle"). Toosii's previous projects, starting with 2017's Label Me Diverse and Why Not Now, and 2019's Who Dat built him up for 2020, when he dropped his project, Platinum Heart. His 2020 offering is a mix of his more successful loosies, alongside new songs with everything streaming well.

Toosii has become somewhat of a social media darling, well on his way to a million Instagram followers as his music finds more ears. Last Friday, he released the deluxe edition of Platinum Heart, adding his latest single, "Five Stars," along with more new tracks.

Learn more about Toosii's journey so far in this week's edition of The Break.

I grew up listening to: "I was really listening to my brothers, my brother and my dad. I didn't really have anybody that was in the industry, that was a musical influence."

My style’s been compared to: "I really haven't gotten no comparisons in a long time, but when I dropped 'Red Lights,' I got a Roddy Ricch comparison. I get Roddy Ricch and Lil Baby, but I mean, hey. At least they not comparing me to no artists that's trash; they compare me to stars."

I’m going to blow up because: "My work ethic. I worked a lot harder than a lot of artists. You could have all the talent in the world with no work ethic. Whatever I want to accomplish, I'm accomplishing it. I told myself even the fact that I was able to make to the top hundred for the [XXL Freshman] 10th spot. And even the fact that I was able to make that, that's a blessing because I told myself a few years ago, I'm like yo, bro. 2020, I'm going to be a XXL Freshman. And the fact that I even made the list is not good enough for me, but it's close enough to where I want to be."

What’s your most slept-on song, and why?: "'Choir Music.' I feel like it's most slept-on. I don't know. It hit home for me. When I say 'Granny, you should go to church and join the choir/To the pills I lost my main man, Messiah.' It was so personal. It's like I had such a good album, but the world just don't know me."

My standout records to date have been: "My biggest songs is 'Red Lights,' '5 Stars,' 'Love Cycle,' 'Back From the Dead,' and 'Truth Be Told.' 'Back from the Dead,' hit home with so many people. 'Love Cycle' was just nasty as hell. '5 Stars' had that bounce."

My standout moments to date have been: "I don't know how many streams my album did now, but a few months ago, I looked and it did 25 million streams."

Most people don’t know: "I'm a homebody. I don't like to go outside. I don't go to parties. I don't club. I don't do none of that. I eat, I watch Netflix. I played some games, I record. And I record heavily, every day. So that's probably something."

I’m going to be the next: "I want to do what Nip[sey Hussle] did. Motivate the youth. He took care of his people, his family, his community. He was a man first."