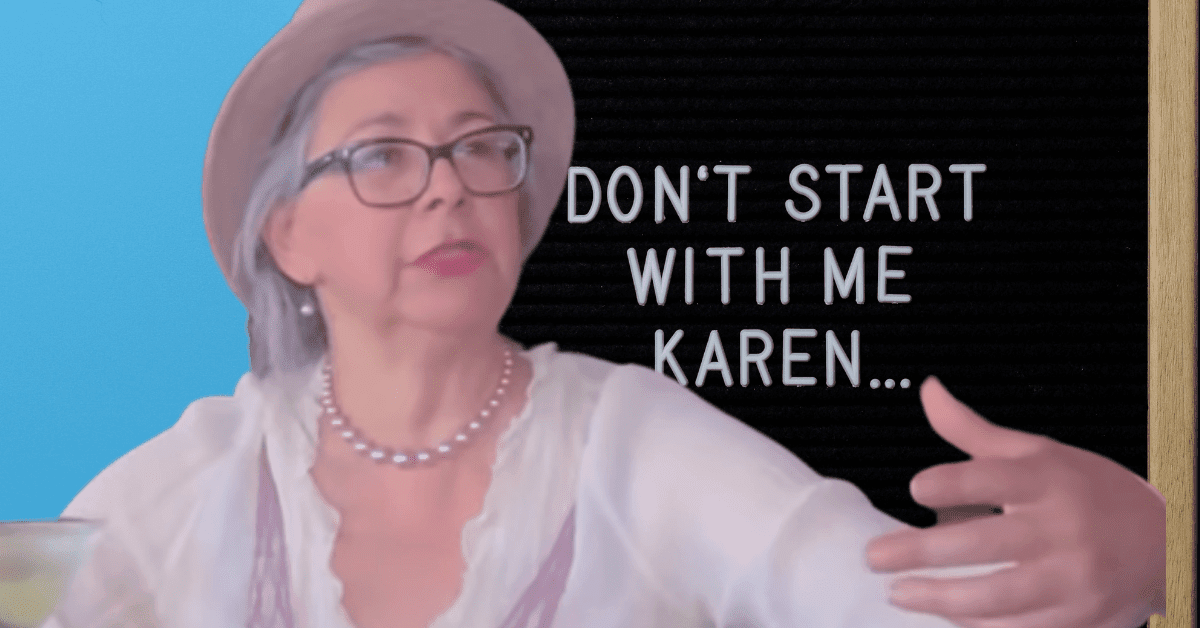 People are calling her the “Apple Martini” Karen, but in fact, no one really knows the name of the white woman in Crockett, California, who dared share an opinion with a random Black man on how to save society.

Her suggestion? Reign in your “Black chicks!”

Oh yes, she did tell him to check sisters. Please view the entire drunk exchange in the video below:

The Apple Martini Karen does specify what “it” is gonna be messed up, but we can assume that she means “the myth of White female fragility” that has been her kind’s secret weapon for the last 400 years.

When asked by the Black man, whose name is Nicholas Wilkerson and can be seen on the video casually ordering crab and shrimp dish while she is trying to form her complete thoughts, how the “Black woman is going to mess it up?” She replies with the most bigoted and clearly racist remark ever.

In her opinion, the black woman is gonna mess it up by just existing.

She states, “Well, the color of her skin. You know, people like porcelain skin.” It is then that she rubs her saggy cheek, aged by its lack of melanin.

“The blue eyes and yellow hair … you know all of it. You want to go there?” she continued.

The brother firmly and soberly says, “I’m asking you.”

She snaps back with a sistergirl neck and eye roll, “I’ma tell you.”

“First of all, our Black women are strong,” Wilkerson replies.

She jumps in again, “Yes, they are. Truly they are.”

It is then that the drunk loses it and tells him about her mom calling her a 97-year-old b#### who doesn’t know how to quit. Finalizing her remarks with, “You have Black chicks that’s like that, ok? They need to be reined in. I’m serious.”

It is then that Wilkerson excuses himself to join better company … Black women across from where they are sitting.