Fast food titan McDonald’s has realized that Saweetie is more than a pretty face. In fact, they have found out what we already knew. The “ “ artist is a pretty face with a big ole brain with a lot of drive and a bounce-back game that is undeniable.

After breaking up with Quavo, her longtime boyfriend and member of the Atlanta chart-topping group Migos, many thought she would shrink like a violet and struggle to stay relevant. Nothing could be further from that truth.

The University of Southern California alumna, who clearly is using that Bachelor of Arts (BA) in Communications with an emphasis in Business, has struck up a deal with the original fast food giant McDonald’s to create a customize menu item.

After changing her Twitter handle to “Big Mac Mama,” she posted, “WHO’S READY FOR ONE OF MY INFAMOUS CONCOCTIONS ?!!” 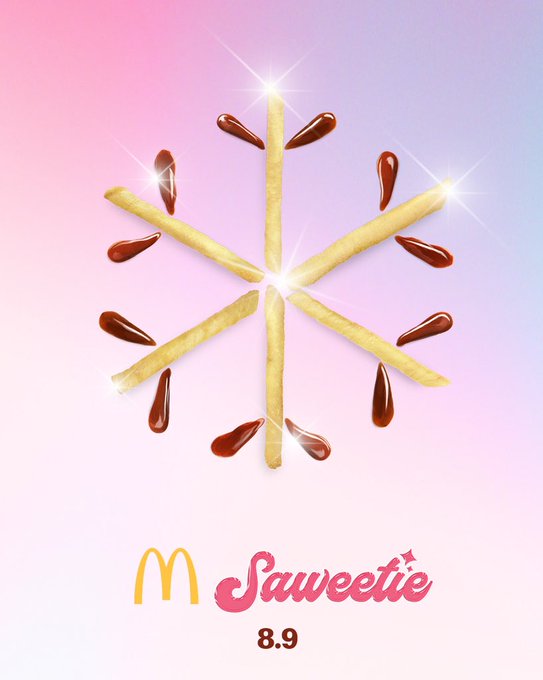 This deal is similar to the deal that Travis Scott made in 2020.

As reported by AllHipHop.com, after releasing the his meal deal last September that “Astroworld” artist made in a total of four months, $20 million dollars in profit from the sale of a special Scott-favored Quarter Pounder meal (complete with fries and a Sprite) and exclusive merchandise that included McNugget-shaped body pillows, $250 shorts and $98 hoodies.

Critics, who often say that Saweetie is a hit or miss when it comes to music, wonder if she will achieve the same success.

According to Rolling Stone she is a “walking business model” with a fanbase that is bankable. This is why Mickey D’s isn’t the only mega brand knocking at her door, so is Facebook, Xbox and the cosmetics firm Morphe.