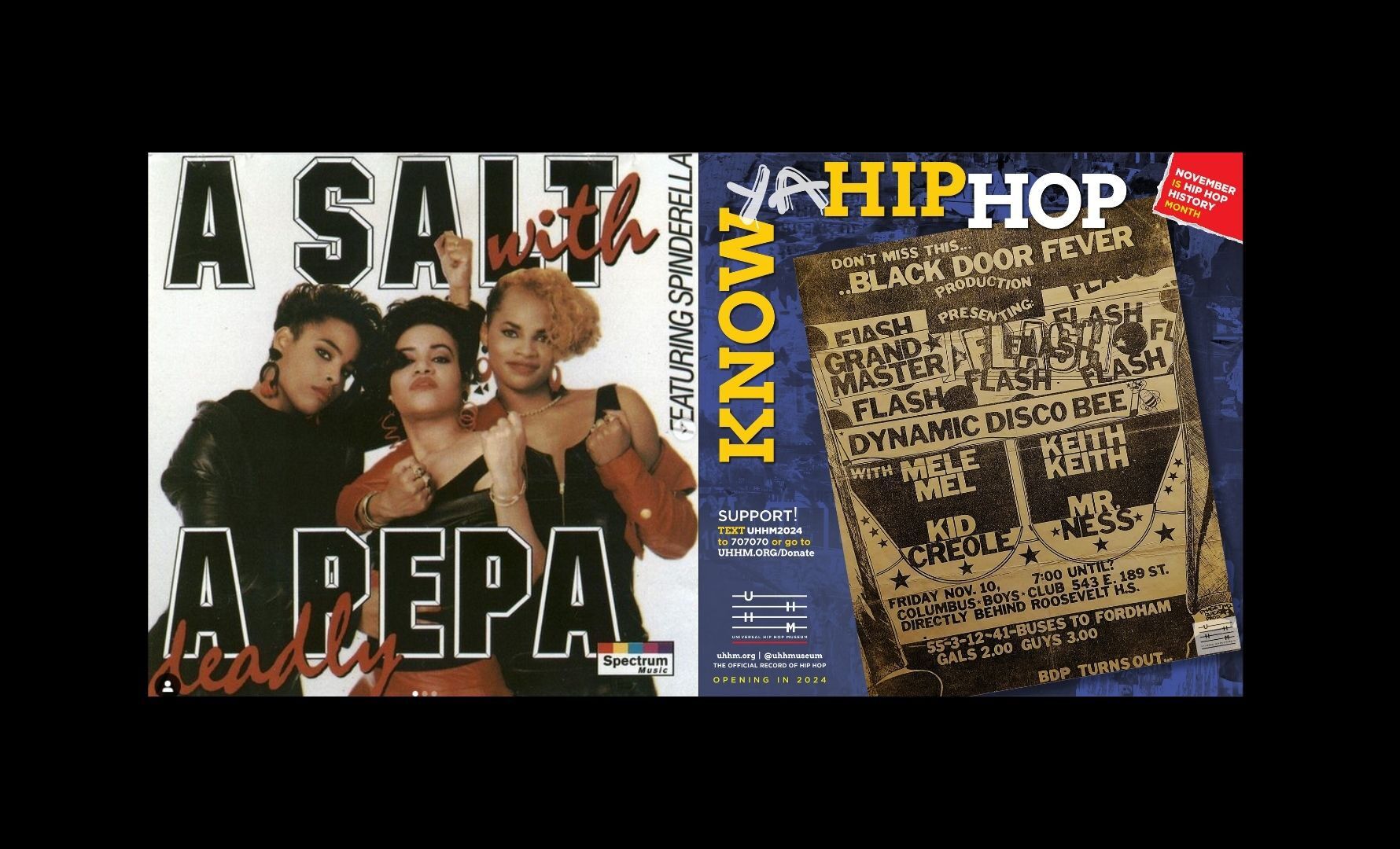 On November 10, 2021, the Universal Hip Hop Museum and AllHipHop.com are set to celebrate Hip Hop History Month by highlighting Salt ‘N’ Pepa, Grandmaster Flash, and is announcing a special upcoming virtual event with The Sequence, Eddie F, and Big Hutch.

Sandra Denton and Cheryl James formed the greatest female rap duo of all time, Salt ‘N’ Pepa. Produced by Hurby “Luv Bug” Azor, and originally called Super Nature, the two (and the original Spinderella, Latoya Hanson) took rap music by storm in the mid-80s with hits like “Push It,” “Shake Ya Thang” and “I’ll Take Your Man,” a song remade 20 years later by the City Girls in 2018. Along with the well-known Spinderella, Deidra Roper, they became the first female Hip-Hop group to win a GRAMMY and go platinum with their debut album Hot, Cool & Vicious. They also made history in 2018, when they became the first Hip-Hop act to land a Las Vegas residency.

On Friday, November 10, the Columbus Boys Club in the Bronx, New York, played host to one of the most legendary rap groups of all time: Grandmaster Flash and Furious 4 MCs (whose members were Melle Mel, The Kidd Creole, Keef Cowboy, and Scorpio). Also, shout out to Rahiem who joins the group later and helps the group solidify their spot as a Rock and Roll Hall of Fame inductee.

Grandmaster Flash is one of the innovators of deejaying, pioneering some of its fundamental techniques like back-spinning, punch phrasing, and scratching (invented by the UHHM’s DJ Grand Wizzard Theodore).

On Nov 17th at 7 PM, we will have former Marketing Exec at Def Jam, Rob Love moderating an amazing discussion with Hip Hop trio, The Sequence, known as the first all-women group to have a Hip Hop record, “Funk You Up,” on the radio.

Then at 8 PM (EST), we will have Big Hutch, founding member of the Hip-Hop group Above the Law, and Eddie F, Executive Producer and Co-Founder of the rap group, Heavy D & The Boyz share some electrifying stories from their careers.

Tune in on the UHHM IG Live and grab your popcorn for an amazing discussion.

This “Know Ya Hip Hop” Moment has been brought to you by @uhhmuseum.To support YOUR museum, text UHHM2024 to 707070 or go to www.uhhm.org/donate