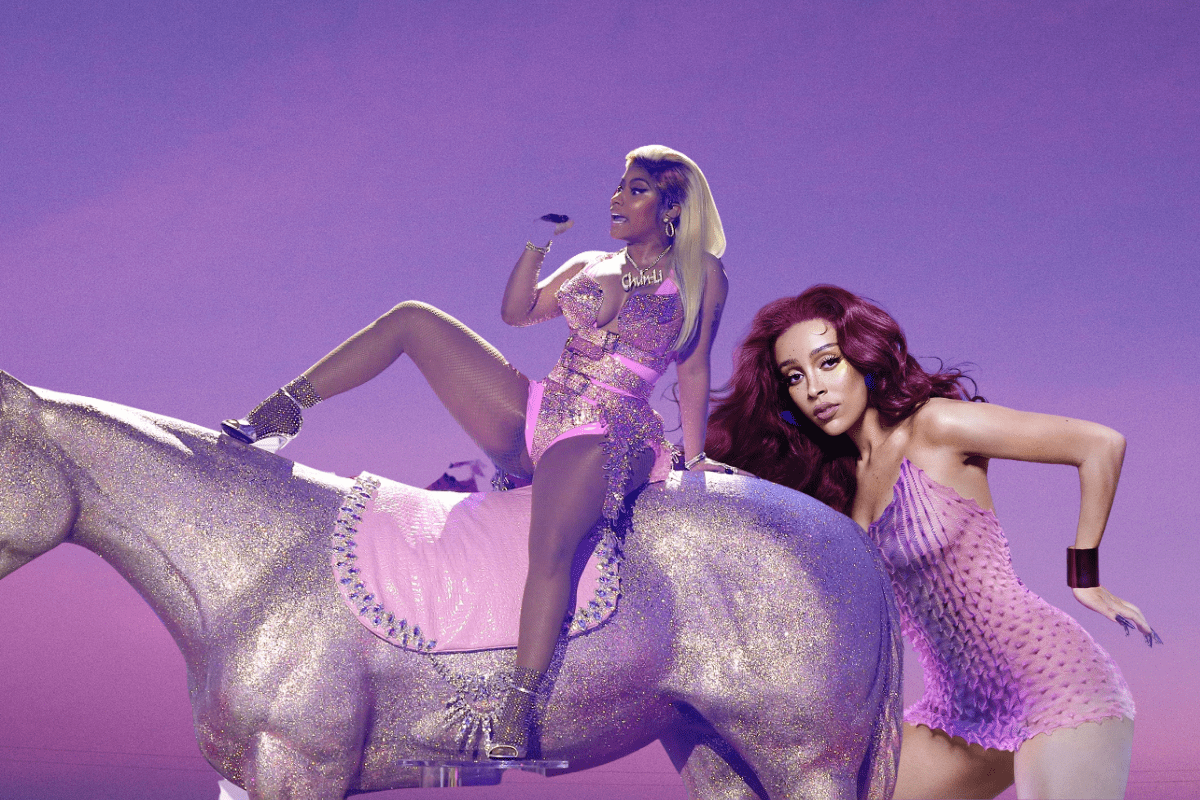 Nicki Minja recently took part in a Twitter Space to connect directly with her fans. During the session, Nicki told how Doja Cat asked her to appear on her song “Get Into It (Yuh)” but that she couldn’t make it happen.

“The truth is, she asked me to get on that song,” When a fan attempted to cut Nicki some slack saying that Nicki’s too busy, she elaborated saying, “It’s not that I’m too busy at all. It’s just, there were middle people involved in that situation so I had told her, if it was like how me and BIA were direct and we dealt with each other directly, it would be different. But I didn’t love that song because I didn’t think I could bring anything to it.”

Nicki also said that she did ask Doja’s team to send her another song but that never happened.

When a fan pointed out that Doja’s track samples Nicki’s 2010 single, “Massive Attack,” and Nicki said she doesn’t really like the song herself!

“It’s just that if I don’t feel like I can bring something unique to the record, I don’t wanna do it anymore. So right now, there are a lot of artists, I’m talking about artists that I really like, that ask for us to do a feature. And I just told all of them like, ‘Yo, let’s really get the right thing. Cause right now, it’s a different everything for me.’ I don’t wanna just do sh*t just to do sh*t. And especially with artists that I love and stuff, I really wanna make a moment with them that’s gonna last.”

It was another Nicki collab that had the internet going crazy yesterday! Nicki Minaj and fellow Caribbean artist, Rhianna got together with their respective partners Kenneth Petty and ASAP Rocky for a double date!