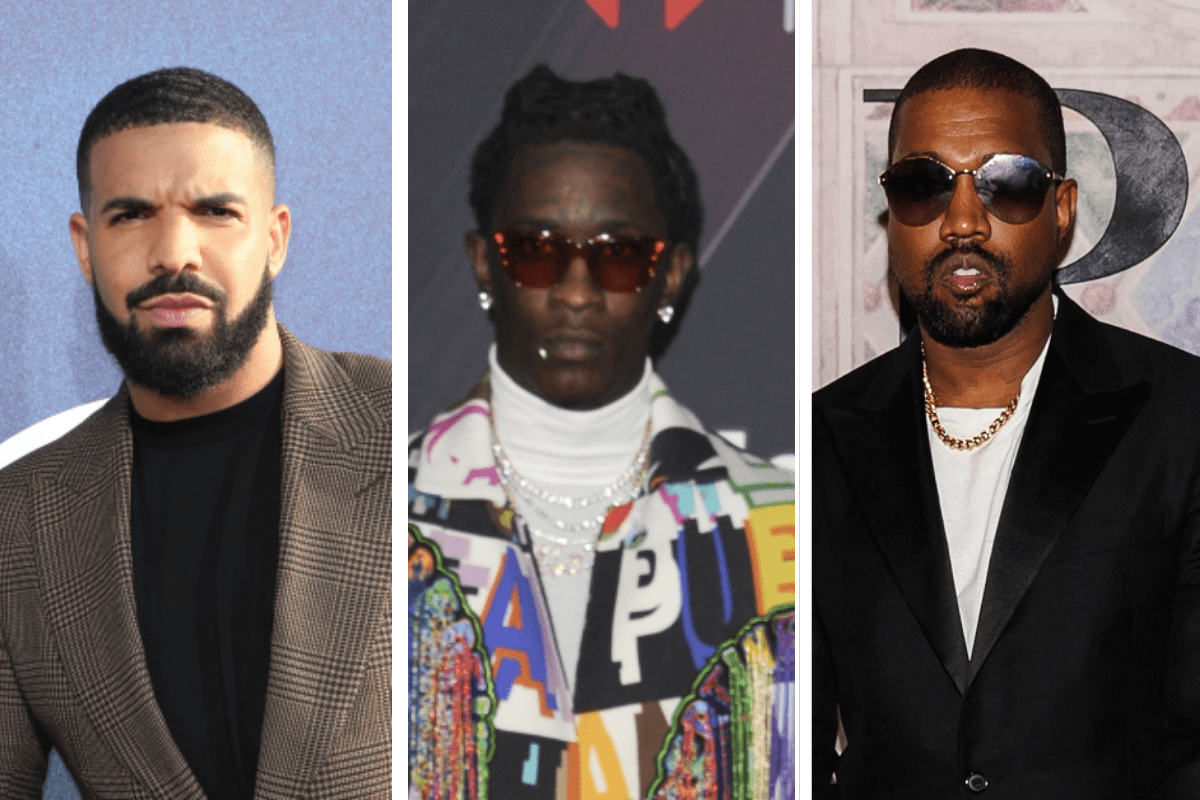 Young Thug made his first-ever appearance on Hot 97’s “The Breakfast Club” recently and revealed some interesting tidbits about his relationships with his contemporaries. Of note was the conversation surrounding a potential issue with Kanye West.

In a recent interview with Complex, Young Thug shared that he had to warn Kanye West that their friendship would be over if he wasn’t featured on “DONDA.” He revealed, “I just hit Kanye like, ‘Bro, if I ain’t on the album, we are not speaking,’”

He clarified his remarks during his conversation at “The Breakfast Club.”

“It ain’t that I wanted to be on it so bad, it’s just like, bruh, we got a hundred songs,” he explained. “You a billionaire. You at the point where it’s like, you don’t need none of this sh*t. We do though. So, if I was a [billionaire], if I was Kanye West or Jay-Z… I probably would have more features than anybody in the world.”

Going on to talk about Drake, an artist he has collaborated with many times in the past he said:

“If I’m at the point where I know me being on your song could make it a number one, I’m definitely getting on the song. That’s what I respect about Drake.”

He continued and said that Drake tries “to touch everybody and he genuinely do it. People think, ‘Oh, he do it for clout or he do it for these songs.’ That n*gga do not need no motherf*ckin’ clout.”

When Charlamagne Tha God suggested that Drake is the clout, Thugger replied with, “He’s Mr. Clout.”

Why No Appearance On “The Breakfast Club?”

Thugger had some issues with Charlemagne stemming from Birdman’s infamous appearance on the show back in 2016. Fortunately, those issues appear to be resolved because the situation was tense at one point!